Get fresh music recommendations delivered to your inbox every Friday.

The stones of Naples (deluxe edition) 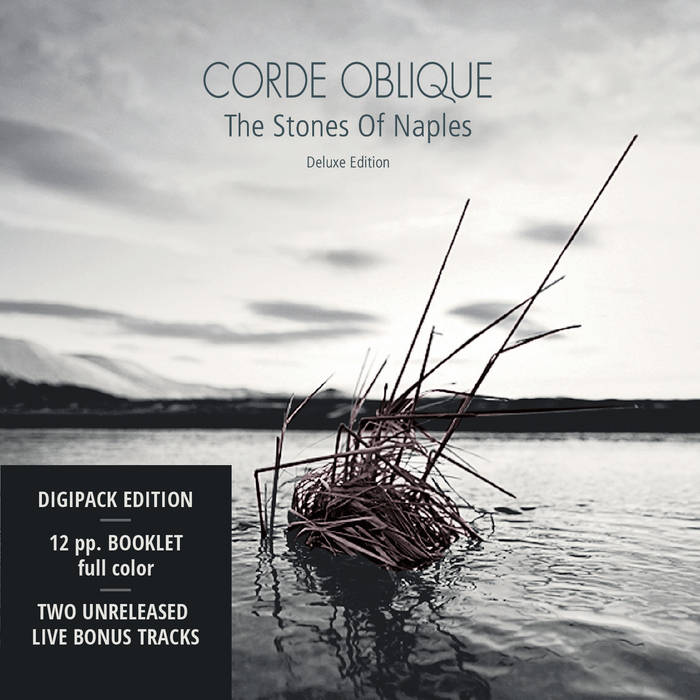 birdistheword I would have liked to state that this was love at first site, but she "The stones of Naples" ( I'm sure it's a she) was one year on my watchlist aka wishlist - I always wanted, but time wasn't ripe for us... Anyway, I couldn't resist when she finally became deluxe-rious. And yes, I'm head over heels in love with Corde Oblique.

And now I'm sorry, I didn't want to be unfaithful...
but who's that girl in the Corde Oblique-shirt?

We are glad to present a new DELUXE EDITION of our bestseller album “The Stones of Naples“.

The album was originally released with Prikosnovenie as Jewelbox edition in 2009, it sold out soon and was repressed two more times, but sold out again. since 2017 the album was no longer available.

For the first time we wanted to make a special edition in DIGIPACK, adding a full color BOOKLET with UNRELEASED original PICS from 2009 and TWO UNRELEASED BONUS TRACKS live recorded during a show in Albania in 2019.

Purchasing the album in digital you will also have the BOOKLET in pdf, plus the original 2009 BOOKLETin pdf and few original pics

“THE STONES OF NAPLES”

8- The quality of silence

All music and melodies composed by Riccardo Prencipe

All lyrics written by Riccardo Prencipe

Mastering by Will Quinnell at STERLING SOUND – NEW YORK (october 2008)

Bonus tracks Mixed and Mastered by Claudio Esposito at Bess Recording Studio (Pescara), and recorded by Enea Haxhijosifi during our show at Vlore (Albania) 2019, special thanks to Consolato Gen d’Italia Valona.

All pics by Paolo Liggeri

The artistic project directed by M.tro Riccardo Prencipe, active since 2005, after 7 albums starts in change skin and proposes "FolkGaze" sound, a cross between Folk and Shoegaze. The original pieces proposed by the ensemble speak of the history of Italian art and of a "wild and talented" South.
Since 2005 the band released seven full-lenght albums with different labels ... more

Bandcamp Daily  your guide to the world of Bandcamp